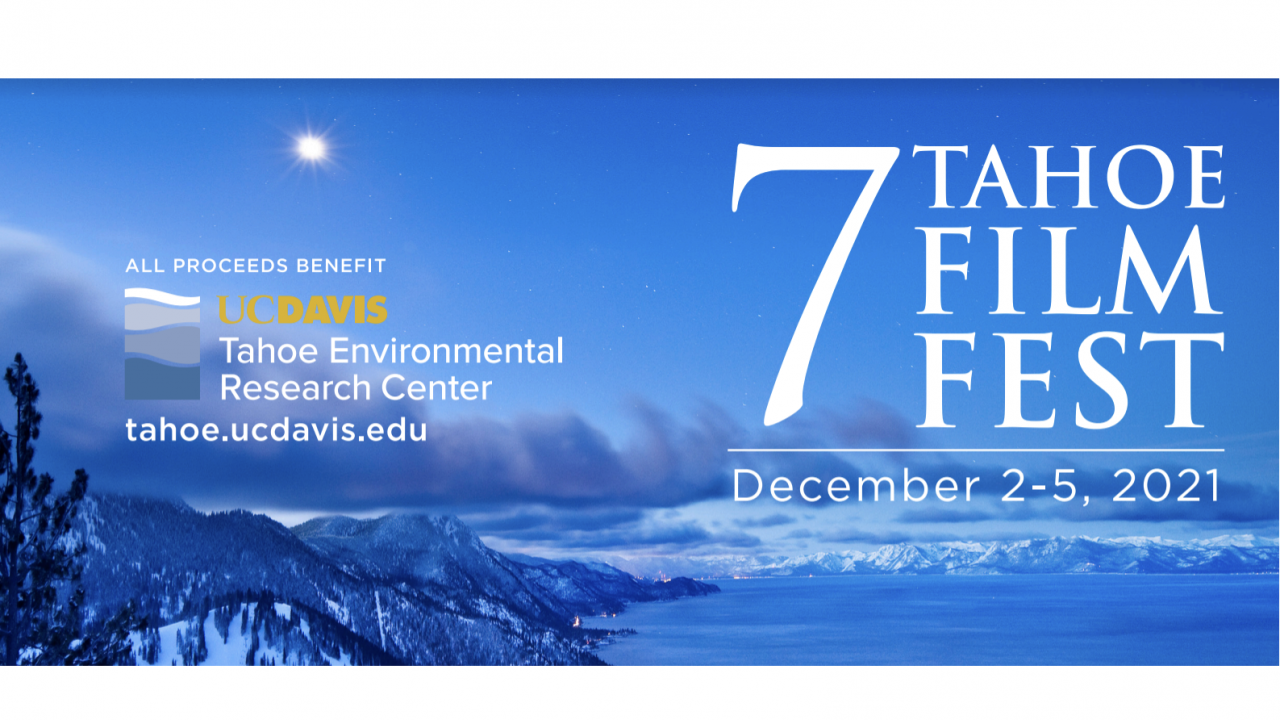 All (100%) of proceeds and ticket sales benefit the Tahoe Environmental Research Center (TERC) with several films pertaining to our current environment and climate crisis.

Visit our website for further up-to-date information or to purchase tickets and passes online at www.tahoefilmfest.com

In a changing COVID-19 environment, the movie theater industry will continue to meet or exceed federal, state, and local public health requirements. Please be aware of the following restrictions that are currently in place:

In Reflection: A Walk With Water, filmmaker Emmett Brennan takes us on a several-hundred-mile journey on foot along the Los Angeles Aqueduct. His film sets the groundwork for ideas about reshaping society with water in mind.  Oscar nominee Lucy Walker’s Bring Your Own Brigade takes a sharp look at the apocalyptic wildfires in California while Tasha Van Zandt’s After Antarctica follows polar explorer Will Steger’s life journey as an eyewitness to the greatest changes to the polar regions of our planet. Invisible Valley, which opened this year’s Santa Barbara Film Festival, explores the history of Coachella Valley including the ecological tragedy of the Salton Sea. All four filmmakers will be in attendance to introduce and discuss their films.

National Geographic has provided three important new films. The Rescue is Jimmy Chin’s (Free Solo) latest film about the twelve young soccer players rescued from a cave in Thailand which won Best Documentary at Toronto Film Festival. The First Wave recently opened the Hamptons Film Festival with exclusive access to one of New York City’s hardest hit hospitals. Oscar nominated director Matthew Heineman spotlights the everyday heroes at the epicenter of the COVID 19 pandemic. Torn premiered at Telluride Film Festival with Max Lowe directing a film about his father, the legendary climber Alex Lowe, who died in an avalanche on the Himalayan peak of Mount Shishapangma.

We continue to showcase new music documentaries in the Crown Room at Crystal Bay Casino. Summer of Soul won both the Grand Jury Prize and the Audience Award at this year’s Sundance Film Festival and is the directorial debut of musician Questlove. The Velvet Underground is a vibrant cinematic collage that is as much about New York in the ‘60s & ‘70s as it is about the rise and fall of a group that has been called as influential as the Beatles. Bernstein’s Wall is an enlightening look at Leonard Bernstein, one of the greatest music figures of the 20th century. Dionne Warwick: Don’t Make Me Over documents a living legend chronicling her New Jersey roots, formative experience singing in church, and early success at Harlem’s famed Apollo theater. Warwick won a special award at the Toronto Film Festival. Dean Martin: King of Cool takes a look at this multi-talented performer who was part of the number one comedy act in America, a founding member of the Rat Pack, a chart topping singer and one of the biggest stars in film and television who spent a good amount of time with others back in the heyday at Cal Neva when it was owned by Frank Sinatra. The Bee Gees: How Can You Mend a Broken Heart follows the rise to fame of brothers Barry, Maurice and Robin Gibb. The Bee Gees will transport you to a night of music and nostalgia and remind you of just how good it feels to get up and dance. The program at Crystal Bay concludes with Respect, the biopic starring Jennifer Hudson about the great Aretha Franklin who passed away in 2018.

In addition to these music docs, we are showcasing two films at Crystal Bay which celebrate the ‘60s generation so bring out your bell bottoms and tie dyed shirts! Going Further is a feature length documentary that shows an on-the-ground account of how Ken Kesey, the Merry Pranksters, and the Acid Tests helped to generate a non-conformist society of freethinkers, artists and altruists who are now pushing the evolutionary envelope of human potential. We Are As Gods offers a compelling deep dive into the many sides of Stewart Brand - creator of The Whole Earth Catalog, an influential member of the Merry Pranksters, a founder of the modern environmental movement, and today a vocal advocate for bringing back extinct species of animals and plants.

Other film highlights include Another Round, a film from Denmark which won this year’s Academy Award for Best International Feature Film. Quo Vadis, Aida? from Bosnia, which was nominated for the Academy Award and took home the Independent Spirit Award for Best Foreign Film. New Order from Mexico which won the Grand Jury Prize at the Venice Film Festival and multiple Emmy award winning director Robert Weide (Curb Your Enthusiasm) conducts interviews with one of the most popular literary figures of the 20th and 21st Centuries in Kurt Vonnegut: Unstuck in Time.